We did not find heirs of Karl Kreuzinger and Albert Voitech Frič or of the editors of the catalogues below. Nevertheless we make them available without any counterpart although the authors died less than 70 years ago. Any reader who could help to contact any right holder would be welcome.
To know more about Frič (in french): http://fr.wikipedia.org/wiki/Alberto_Vojtech_Fri%C4%8D 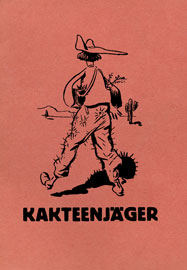 Catalogue of 1929 where various species appeared for the first time. 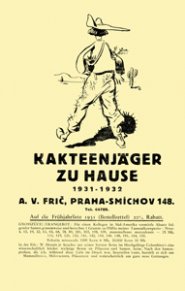 Catalogue of 1932 with some historical pictures. 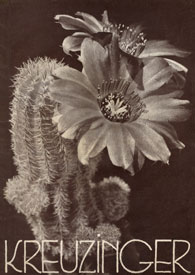 This is war declaration against “German cactology”. Through Kreuzinger, Frič proposes his classification. Buining and Donald resurected this work many years later. Even though Frič work was far from being perfect, he was a man of merite, and he died in destitution. 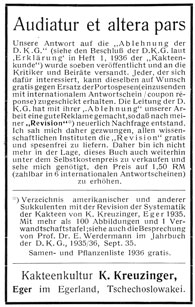 After “Kreuzinger Kaktalog” was published, Backeberg and Buxbaum reacted. They wanted to issue a biting reply in Kakteenkunde, however the editor, von Röder, rejected the manuscript. They decided to send this manuscript together with a contribution by Tiegel by mail to some subscribers. A few months before (Sept. 1935) Werdermann had published the first analysis of the “Kaktalog” in Jahrbuch der DKG. The analysis was rigorous although neither unpleasent nor insulting. Soon after, the DKG succeeded in inserting a nasty warning in Kakteenkunde where the society signed on behalf of some well-known authors although the latter were not informed. Three months later, Kreuzinger and Frič replied in an advertisement. The publisher attempted an embarrassed justification.
We deliver various evidences and we leave you judging of the nasty atmosphere of that time.


A commented translation in french (Sorry!) of these documents will be issued.