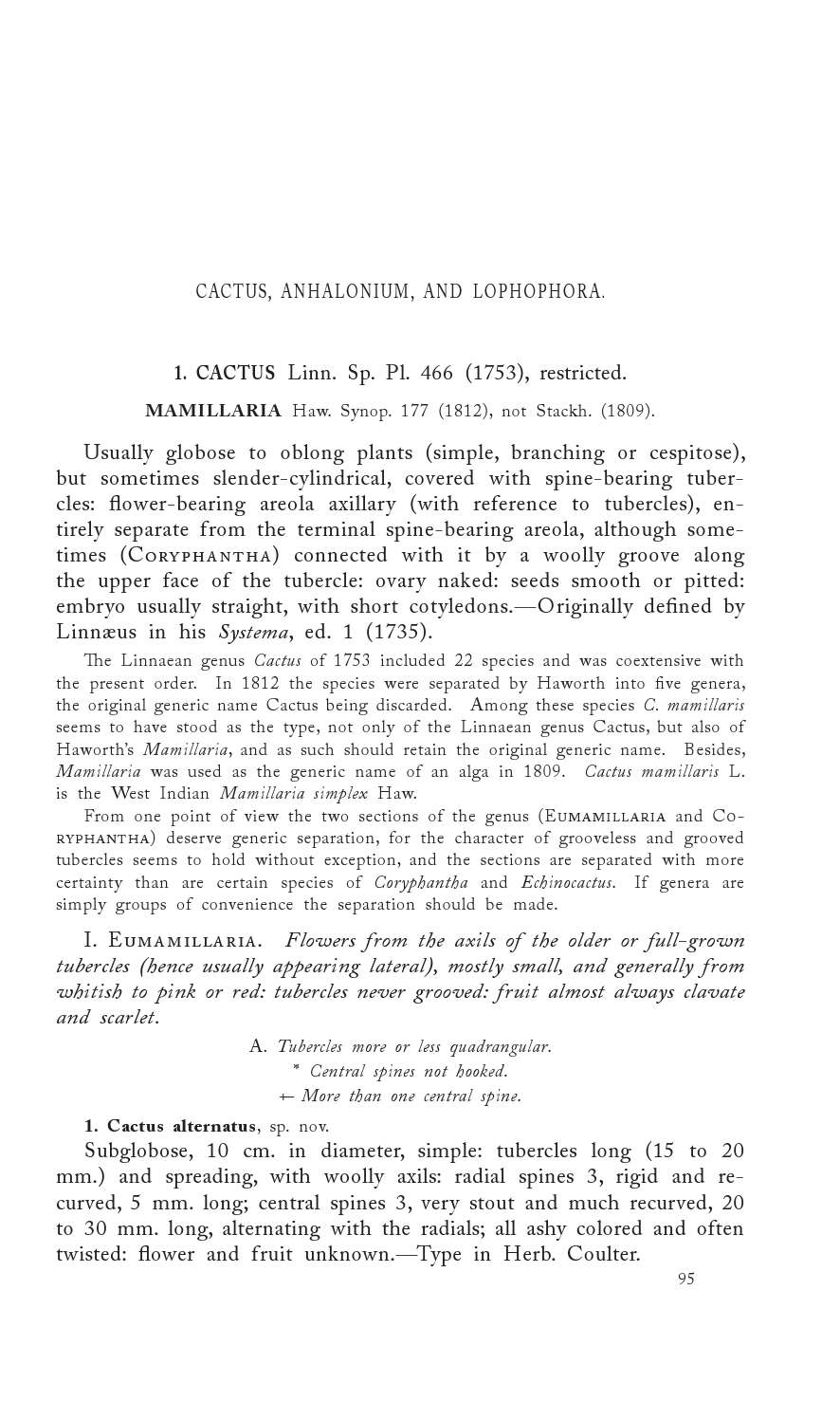 Usually globose to oblong plants (simple, branching or cespitose),
but sometimes slender-cylindrical, covered with spine-bearing tuber-
cles: flower-bearing areola axillary (with reference to tubercles), en-
tirely separate from the terminal spine-bearing areola, although some-
times (Coryphantha) connected with it by a woolly groove along
the upper face of the tubercle: ovary naked: seeds smooth or pitted:
embryo usually straight, with short cotyledons.—Originally defined by
Linnæus in his Systema, ed. 1 (1735).
The Linnaean genus Cactus of 1753 included 22 species and was coextensive with
the present order.  In 1812 the species were separated by Haworth into five genera,
the original generic name Cactus being discarded.  Among these species C. mamillaris
seems to have stood as the type, not only of the Linnaean genus Cactus, but also of
Haworth’s Mamillaria, and as such should retain the original generic name.  Besides,
Mamillaria was used as the generic name of an alga in 1809.  Cactus mamillaris L.
is the West Indian Mamillaria simplex Haw.
From one point of view the two sections of the genus (Eumamillaria and Co-
ryphantha) deserve generic separation, for the character of grooveless and grooved
tubercles seems to hold without exception, and the sections are separated with more
certainty than are certain species of Coryphantha and Echinocactus.  If genera are
simply groups of convenience the separation should be made.
I. Eumamillaria.  Flowers from the axils of the older or full-grown
tubercles (hence usually appearing lateral), mostly small, and generally from
whitish to pink or red: tubercles never grooved: fruit almost always clavate
and scarlet.
A. Tubercles more or less quadrangular.
* Central spines not hooked.
More than one central spine.
†